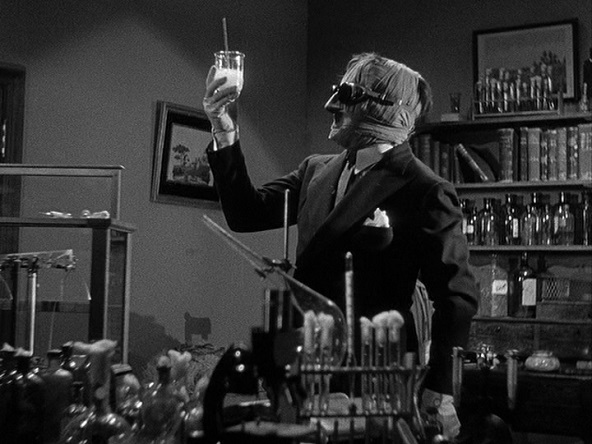 Over at Alex on Film I’ve been watching some movies about invisible people. Meaning movies that have their nominal origin in The Invisible Man by H. G. Wells (though Wells himself wasn’t the first to come up with the idea, which is as old as antiquity).

As I say several times over the course of my notes, the Invisible Man (or Woman) is a plastic figure, capable of being hero or villain, victim or superhero. The movies may be thrillers, action vehicles, or slapstick comedies. There is no one generic Invisible Man, or Invisible Man movie. Here are just some of them: