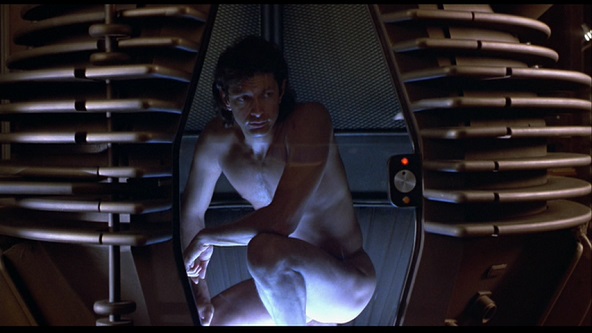 He’s not alone in there.

Over at Alex on Film I’ve been watching the various Fly movies, which had their genesis in a story by George Langelaan first appearing in Playboy. Two minor classics are in the mix (the original and Cronenberg’s version), as well as some interesting follow-ups.

One thought: there was never a female Fly. The closest they came was the character of Judith in Curse of the Fly, but she wasn’t an insect hybrid. I don’t know if there’s any significance to this, but it did strike me as interesting. We’ve had female vampires, mummies, and werewolves, brides for Frankenstein and invisible women, but no female Fly. Somebody should get on that.