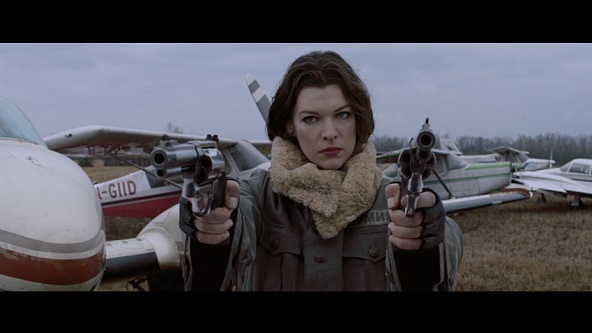 One of many Alices. This time with two guns.

Over at Alex on Film I’ve been grinding my way through the chaotic labyrinth that is the Resident Evil film franchise. As I point out in my notes, at some point writer-director Paul W. S. Anderson seems to have just started making things up as he went along. The results are disorienting, if not totally incoherent. Yes, it’s all a big video game, but even so these movies are crazy. Here’s the line-up: