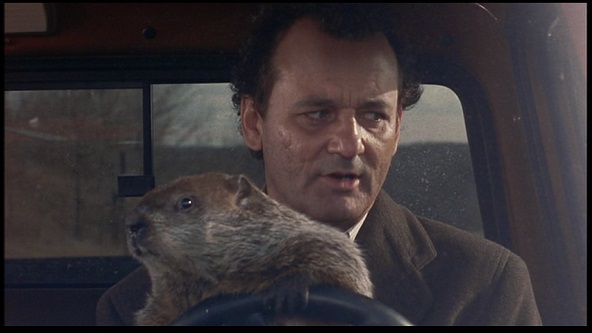 Over at Alex on Film I’ve added notes on three movies taking the premise that an individual has to relive the same day in their life over again and again in a loop until some condition is met. I think Groundhog Day (1993) was the first, or at least the best known film to do this. We still call it a Groundhog Day plot. More recently the idea has proven itself to be highly portable, being featured in Edge of Tomorrow (2014) and Happy Death Day (2017).

What I find interesting is how different, in most other respects, these films are. In Groundhog Day the time loop has a vaguely spiritual dimension to it, related to Buddhist teachings or Nietzsche’s eternal return. In Edge of Tomorrow there’s a ridiculous explanation for it based on some connection between alien biology and time travel. This is a throwaway, as the real connection being made is to video game play. In Happy Death Day it seems like the device is being invoked in a more ironic way. What do these different approaches have in common? I’m not sure. I can’t help thinking there’s some deeper connection though.