From Hydriotaphia (1658) by Sir Thomas Browne:

Darknesse and light divide the course of time, and oblivion shares with memory, a great part even of our living beings; we slightly remember our felicities, and the smartest stroaks of affliction leave but short smart upon us. Sense endureth no extremities, and sorrows destroy us or themselves. To weep into stones are fables. Afflictions induce callosities, miseries are slippery, or fall like snow upon us, which notwithstanding is no unhappy stupidity. To be ignorant of evils to come, and forgetfull of evils past, is a mercifull provision in nature, whereby we digest the mixture of our few and evil dayes, and our delivered senses not relapsing into cutting remembrances, our sorrows are not kept raw by the edge of repetitions. 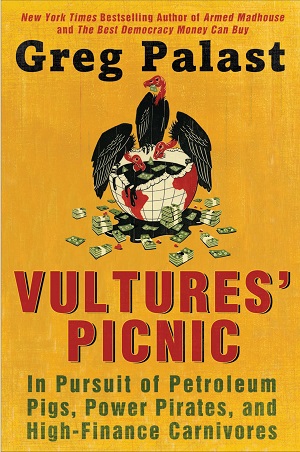 The Chenega Natives, decked out in yellow hazmat suits, look like firemen from outer space, wielding high-pressure hoses and pulling up the crude from the Exxon Valdez. It’s six years after the spill, and you can see this black crap all over them, like they’d thrown grenades into an outhouse.

And here I am on Knight Island in 2010, two decades after the tanker spill. I just have to stick my hand in the gravel, and the place will suddenly smell like a Bronx gas station.

In June 2010, the U. S. Department of the Interior said the Deepwater Horizon spill will be cleaned up by the fall. In the fall they revised that to “two years.” What they mean was, it will take two years for you to forget all about it.

The poet Wordsworth said, “Our birth is but a sleep and a forgetting.” Exactly. In a couple of years, you’ll forget all about the Gulf Coast, and BP will run ads that Nature has taken care of it all. And in two years or five, you’ll chuck this book in your recycle bin or clean it out of your iPad’s hard drive.

And we repeat the story again. The levees of New Orleans collapsed in 1925, and the nation was repulsed and angry. Then we slept and forgot. The United State of Amnesia.