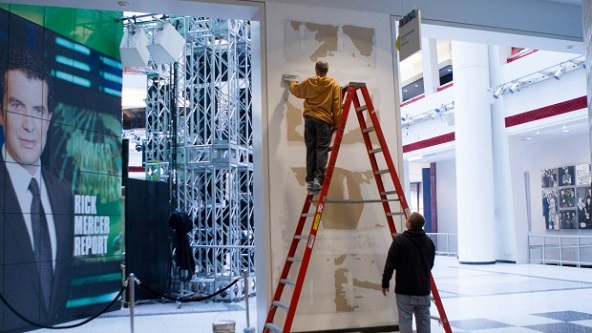 I don’t know Jian Ghomeshi, have never met or corresponded with him, and the only time I ever listened to his Q Radio Show was when I was writing commentary on the Canada Reads program. I knew of him, but he wasn’t really on my radar. Since his firing from the CBC, however, his celebrity star has gone supernova, attracting daily headlines in the national news media for over a week.

From poster boy of the new CBC to whipping boy of “rape culture,” it’s been quite a fall, of the kind that celebrity-watchers delight in. His humiliation has been exquisite. We’ve learned about his Big Ears Teddy, and the foulness of his body odour (that he apparently tried to conceal beneath baths in cologne that stank up the Ceeb’s elevators). We’ve put him on the couch, analysed his “pathological narcissism” (Michael Smyth, writing in The Province), and been told of how he represents an entire culture’s “narcissistic male rage” (Gabor Maté in the Toronto Star). On Salon.com Andrew O’Hehir even came up with “Ghomeshi syndrome,” a label for “delusional creeps” with an inflated sense of alpha-male entitlement. Finally, by the end of his week from hell, another media station of the cross was reached when a male friend made the claim that Ghomeshi had fondled his junk in an elevator. The man has become a cliché as well as a pariah.

All of which is fair enough. The charges are serious, and celebrity is cruel. (That Ghomeshi even counted as a celebrity tells you something about Canadian culture today.) This is a point I brought up in my review of Paula Todd’s book on Internet bullying, Extreme Mean:

Rebecca Black is Todd’s poster child for [the use of YouTube as a public pillory for prospective celebrities], but despite becoming “the most hated person on the Internet” at the tender age of thirteen when her music video “Friday” was cybermobbed, she is not a sympathetic case. Black was a celebrity wannabe following a script that, after all, had made a global star out of Justin Beiber. But fame is a harsh game — as many a talent-show contestant taken from the stage in tears can testify – and this is as it should be. Our attention comes at a price.

When you play the fame game in the digital age you’d better have a skin of steel or a very well-developed case of narcissism, the kind that makes you totally oblivious to what anyone else thinks. The state has no place in the bedrooms of the nation (Ghomeshi’s initial defence, on Facebook), but celebrity isn’t politics, it’s pop culture. Ghomeshi was a personality, of the kind that has taken over much of the radio dial. That personality was, in turn, a brand. When you become a brand, everything is in play. You’re selling yourself, and the public feels entitled to inspect the goods.

All of the coverage has led to some unseemly piling on (it appears no one really liked Jian very much), as well as unfortunate collateral damage. One can’t be surprised any more by the haters who post on YouTube threads (just ask Rebecca Black), but Moxy Fruvous weren’t a bad band. Come on, people: they wrote silly, satirical pop songs, a couple of which have managed to stay in my head. Of course they look and sound stupid now, but making fun of them is anti-Jian overkill.

More serious collateral damage will be felt by the CBC. The scandal hits them at a bad time (not that any time would be very good). But the impact may be even broader, what with the “rape culture” debate getting re-energized as media gasoline is tossed on the flames. After Ghomeshi’s original Facebook post there was a flood of support for his pro-kinky sex stand. Now the kinksters are running scared. Under Canadian law, we are told, there is no such thing as consent to harm. An investigation has begun into who knew what at the CBC, and when they knew it. Early reports don’t look good. Heads may roll. Carl Wilson, writing for Slate, suggests that because a lot of people in the Toronto scene knew Ghomeshi was a creepy perv, they were “complicit in his abuse.” That is, “you didn’t know, of course. But you knew. There was doublethink, a split consciousness” (Wilson’s piece is written in the second person). Is that a defence that will hold up in court?

Ours is a society terrified of personal responsibility, and for good reason. Responsibility means liability, and you really, really don’t want to go there. Ghomeshi’s case has made a lot of people anxious, and for that alone he’ll probably have to burn.