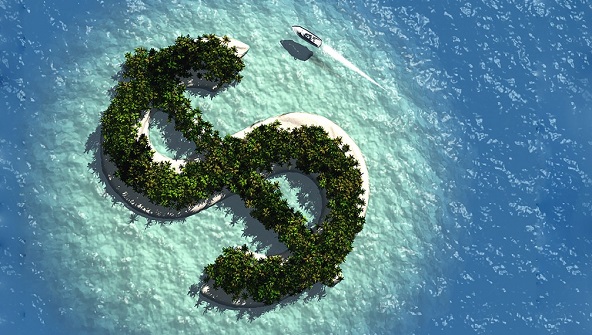 There’s been another, even bigger data dump of the financial dealings of the rich, famous, and very well-connected. As the CBC reports:

Much like the Panama Papers leak in 2016 or the Paradise Papers the following year, the secret files provide a behind-the-scenes glimpse at how certain global elites — or in other cases, high-profile criminals — take advantage of financial wizardry or opaque corporate structures to either shield assets, wriggle out of their tax obligations, or hide wealth entirely.

I was surprised how angry this story made me. I mean, it’s really just more of the same. Even the Panama Papers were no revelation. We all know this is how the super-rich secretly arrange their affairs, and the real disgrace is that little of it is actually illegal. The perfect crime, as the saying goes, is the one that isn’t a crime.

What I think bugged me the most this time was reading all the stories about the people involved. They aren’t entrepreneurs (except some of the outright crooks) or people who have any socially-valuable skills. Instead, many are celebs, politicians who have presumably made fortunes out of their ability to work the levers of power, or else people who just happen to be very well placed. Apparently Vladmir Putin’s baby mama has been given tens if not hundreds of millions of dollars from Vlad, who many people suspect is actually the richest person in the world. And where did he get his money? You probably don’t want to know. King Abdullah II of Jordan is monarch of a very poor country, but it hasn’t stopped him amassing a large portfolio of luxury real estate. Tony Blair? Nobody knows how much he has, or quite where he got it, but there are reports that he’s piled up a personal fortune of over $100 million just since leaving office. Doing what? Giving talks?

This is the global elite: secretive, parasitical, and useless. Those in the political class have gotten rich on the back of the state they have served, and now return the favour by seeking to hide their wealth from that same state. Would it be so hard to shut these offshore tax havens down and try to regulate some of this financial legerdemain? It seems we really need to do something. Here is Oxfam’s statement:

This is another shocking exposé of the oceans of money sloshing around the darkness of the world’s tax havens that must prompt immediate action, as has long been promised.

Bravo to the whistleblowers and journalists for shining a light into this secret parallel system of capital, one open only to those with fat amounts of money and the greed to hoard it all untaxed, and those who facilitate it.

This is where our missing hospitals are. This is where the pay-packets sit of all the extra teachers and firefighters and public servants we need. Whenever a politician or business leader claims there is ‘no money’ to pay for climate damage and innovation, for more and better jobs, for a fair post-COVID recovery, for more overseas aid, they know where to look.

Tax havens cost governments around the world $427 billion each year. That is the equivalent of a nurse’s yearly salary every second of every hour, every day. Ordinary taxpayers have to pick up the pieces. Developing countries are being hardest hit, proportionately. Corporations and the wealthiest individuals that use tax havens are outcompeting those who don’t. Tax havens also help crime and corruption to flourish.

Governments’ promises to end tax havens are still a long way from being realized. We cannot allow tax havens to continue to stretch global inequality to breaking point while the world experiences the largest increase in extreme poverty in decades.

That breaking point seems to keep coming closer every day.