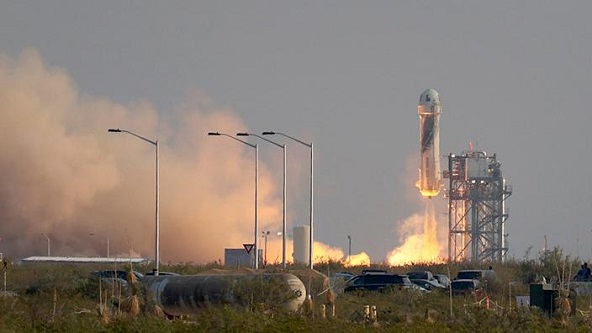 Getting bored with Earth.

I’m trying hard to think of a news story that I cared less about that received as much coverage as the recent billionaire space race. A royal wedding? That’s the only thing I can think of that’s comparable.

Here’s a snippet from the wire story on Jeff Bezos’ 10-minute jaunt:

University of Chicago space historian Jordan Bimm said the passenger makeup is truly remarkable. Imagine if the head of NASA decided he wanted to launch in 1961 instead of Alan Shepard on the first U.S. spaceflight, he said in an email.

“That would have been unthinkable!” Bimm said. “It shows just how much the idea of who and what space is for has changed in the last 60 years.”

I wonder if Bimm was being ironic. This is what 60 years of space exploration has come to? An amusement park ride? This is what it was all for?