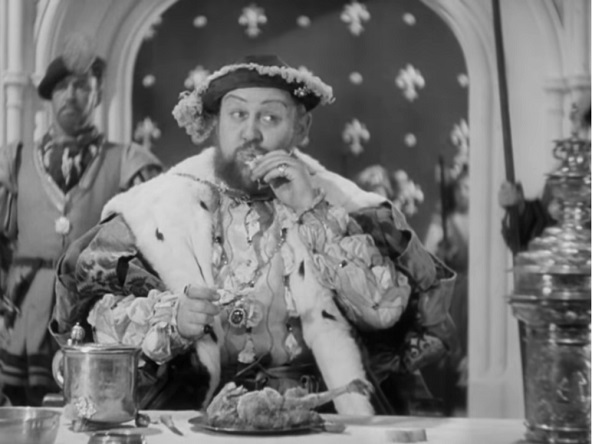 A man of many appetites, and many movies.

Over at Alex on Film I’ve been posting notes on a bunch of movies relating to the Tudors, arguably the first family of drama. Though it’s interesting how it’s really only been a few figures who have dominated the story. The father of the short-lived dynasty, Henry VII, doesn’t make an appearance in any of these movies, even though he led a fairly interesting life. Edward VI doesn’t show up either, but then that’s a lot less surprising. You’d think there’d be more out there about Bloody Mary but she’s still perceived as being more of a villain instead of a complex and tragic figure.

That leaves us with Henry VIII, Elizabeth I, and Mary Queen of Scots (Mary’s grandmother was Henry’s sister Margaret). Henry’s marriages are his story (he wasn’t a warrior). The movies about Mary all just deal with her years in Scotland and then jump ahead to her execution. Elizabeth is the virgin queen who still has a heart to be stolen. Audiences have never gotten tired of this stuff, even though it’s remarkable how little the story has changed or been adjusted to be more realistic or historically accurate. This certainly isn’t an exhaustive list of all that’s out there, but here are the ones I watched.