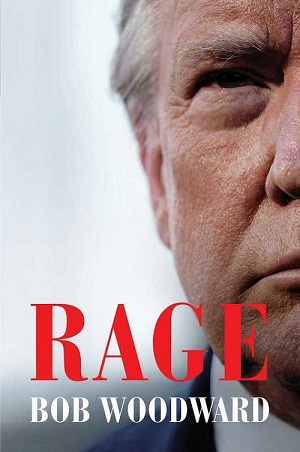 I recently reviewed Bob Woodward’s Rage, his second book on the Trump presidency (the first was Fear). It’s not a flattering portrait, though I thought he did his best to cast his subject in the best possible light, including excerpts from over a dozen lengthy interviews. What it made me think about though was what an official biography of Trump, when we get it, will look like. You’d have to think it will be flattering, but since no amount of flattery can satisfy a narcissist Trump will still object to it. Putting lipstick on the pig of this presidency, however, will be no easy task. Who will say anything good about Trump’s handling of the job? Not people like Rex Tillerson or John Kelly or James Mattis, who all held high positions in his administration but were cashiered or resigned in (quiet) protest, only to be insulted by their boss on the way out. I anticipate a truly Herculean feat of apologetics.