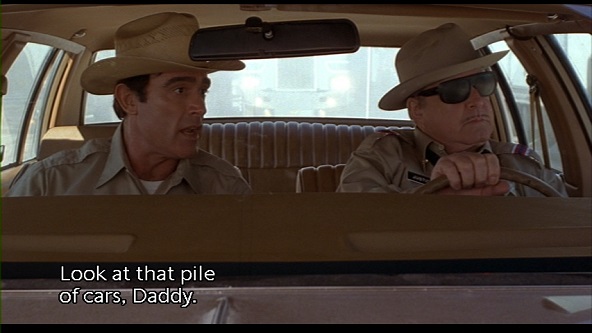 Over at Alex on Film I’ve been watching a bunch of movies about people racing cars around. Not on a racetrack, but across country. For cash prizes or treasure. For a while in the late ’70s and early ’80s these were a thing, especially if they were directed by Hal Needham and starred Burt Reynolds. I guess the Fast and the Furious franchise today is the only direct inheritor, but it’s morphed into something else now. Leaving these movies alone in their nostalgic goofiness. Watching them again was a very fast trip down memory lane, but I’m pretty sure it will be my last with any of them.