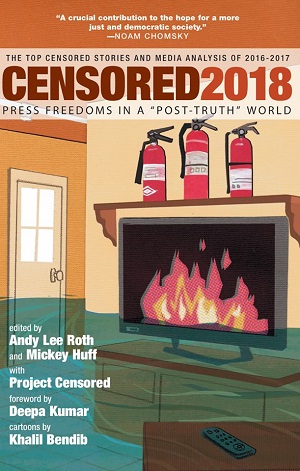 Given that it’s such a long-running series, and that each volume is a bit of a grab-bag of material coming after the annual list of the top 25 censored (or underreported) stories of the year, there’s been a lot of variation. There have been missteps, like giving too much play to some 9/11 theories and crediting a story on the fallout from the Fukushima disaster that didn’t stand up to full scrutiny. There was also a brief experiment with categorizing the stories into different “news clusters” that was ill advised. But overall I think they’ve done a great job of highlighting important news that was largely overlooked by the mainstream media. In the 2018 edition I was actually surprised by several stories on the top-25 list, which made me glad I’ve stuck with the Project through all its ups and downs.