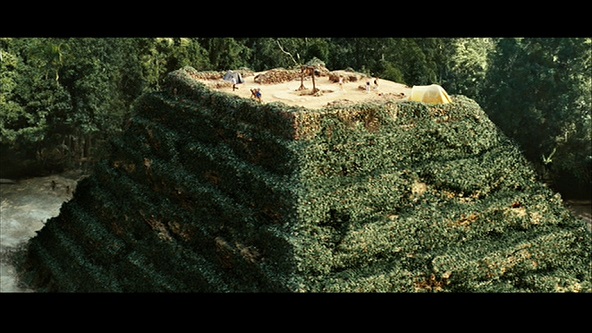 A nice view from up there, but it’s a bitch to get down.

Over at Alex on Film I’ve added my notes on The Ruins (2008), a film based on a novel by Scott Smith that I reviewed when it came out. It’s one of the more original but also more ridiculous concepts for an American horror film from the past decade. That may not be a coincidence. Perhaps an original idea has to be kind of ridiculous, because otherwise someone would have already thought of it. Like a cursed videotape. Though I don’t want to give the book or the movie too much credit for breaking new ground. Man-eating plants are nothing new, and basically this is another variation on the tourists-in-trouble theme, and a cautionary tale for what might happen to you if you take the road less travelled.